WITCH BITCH came about through constant ‘talanoa’ between the artists Manu Vaea, Pati Solomona Tyrell and Sione Monu regarding Polynesian spirituality as a drive towards a cultural discovery of self. Their moving image and performance pieces speak to their reclamation of space within the Vā – the contextual and metaphysical space that exists between all things.

In March of 2017 FAFSWAG collective and cultural activation trio known as WITCH BITCH, Made up of visual and performance artist, Manu Vaea, Pati Solomona Tyrell and Sione Monu, presented new work at Enjoy Public Art Gallery in Wellington NZ. As part of the Wellington PRIDE Festival, the work was curated by FAFSWAG’s artist Tanu Gago and was funded by Creative New Zealand Pacific Arts Committee. Entitled Statuesque Anarchy the work is a synchronised 3 channel Video installation of the live activation of the same name.

The cultural activation Statuesque Anarchy was first featured as part of the cultural performance showcase curated by Rosanna Raymond for the International Pacific Arts Association Symposium in 2016. Titled ‘Feathers of the Sun’, the showcase was an evening of activation that featured various performance artist and activators. Sponsored by Tautai Pacific Arts Trust the evening feature new one of works by Tufala Meri, Grace Taylor, Rosanna Raymond and other artist.

Commissioned by FAFSWAG arts collective the new 3 channel video installation sort to reproduce the kinetic energy of the activation within a digital vocabulary that helped to present the artists collective ideas, creative and artistic response to Pacific spirituality. These concepts culminated over 2 years of personal research in precolonial cultural practices that originate from both Tonga and Western Samoa. 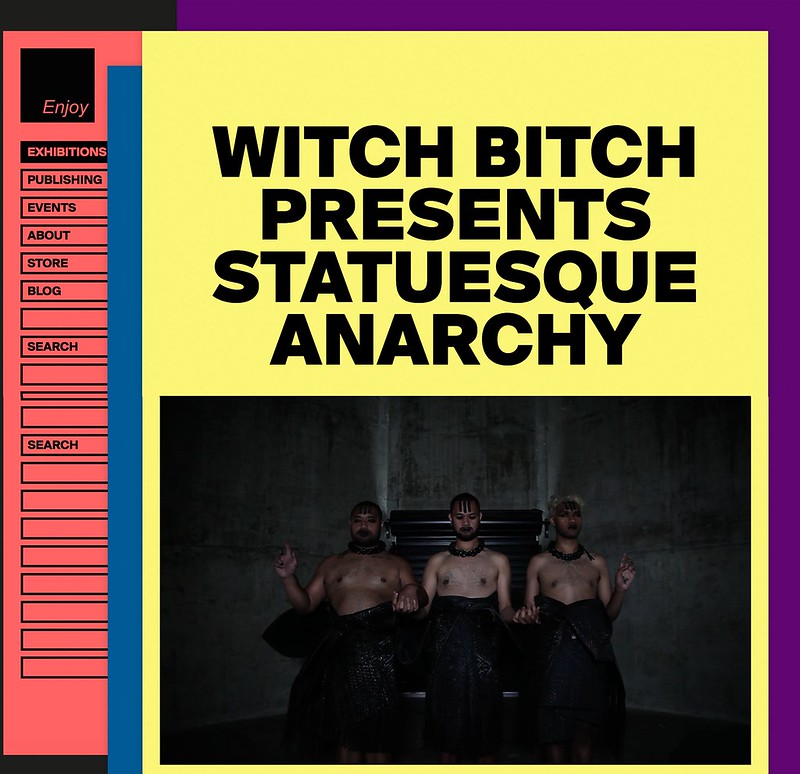 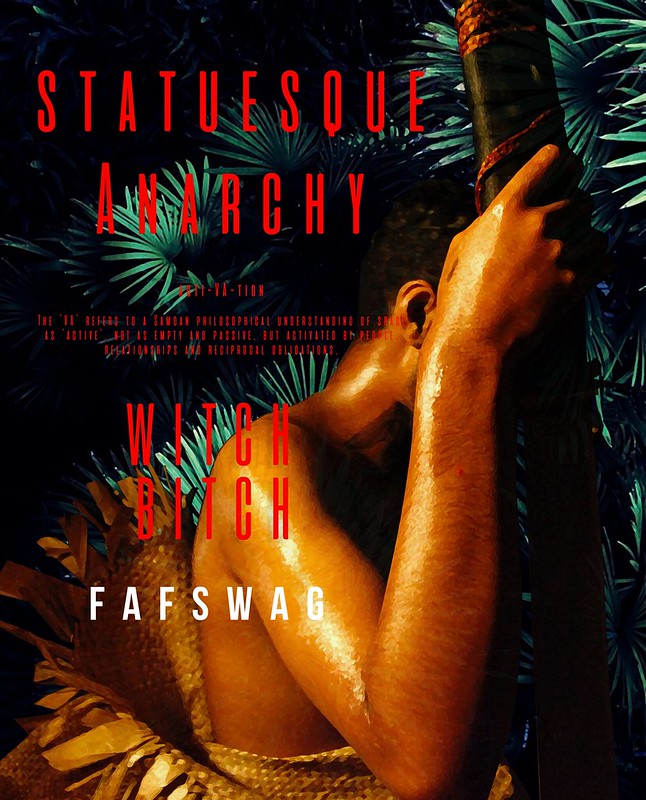 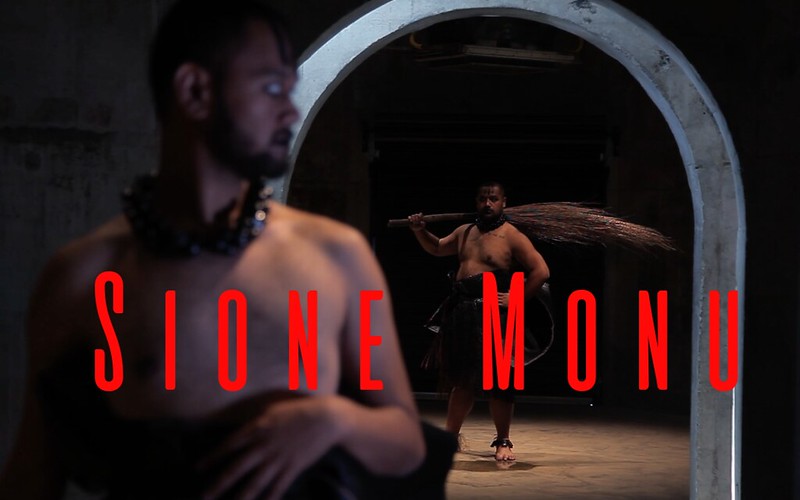 Sione Monu often uses Instagram (visit @sione93) as an art tool, constantly creating artworks that utilise the platform as a way of re-indigenising space as well as create accessibility for his community to engage with the works. His series of self portraits #BlanketCouture (2016) came to life due to a day of play but with only having access to the materials in his home. Although playful the use of blankets are on the artists’ body are striking and intimate is the artist challenges notions of representation and gender. 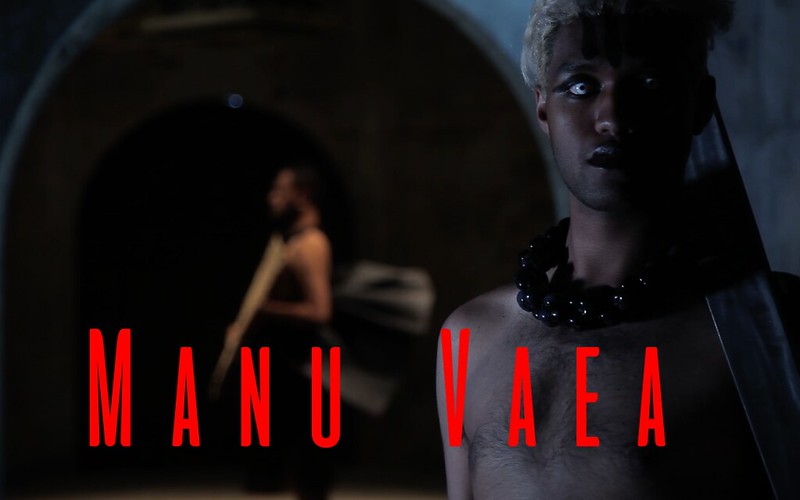 Manu Vaea is an interdisciplinary artist currently completing a Bachelor of Visual Arts at AUT TeWananga Aronui o Tamaki Makau Rau. His practice revolves around the exploration of Polynesian mysticism, and the mundanity/complexity of existing as a queer Tongan living in South Auckland through poetry and illustration. Manu has been involved in many collaborative projects, one being ‘Statuesque Anarchy’ in Enjoy Public Art Gallery alongside collective WITCH BITCH and poetry devised theatre shows ‘Loud and Queer’ directed by Sarah Jansen and ‘Mouth:Teeth:Tongue’ directed by Grace Taylor. Vaea is also an active member of arts collective FAFSWAG and has been since 2016. 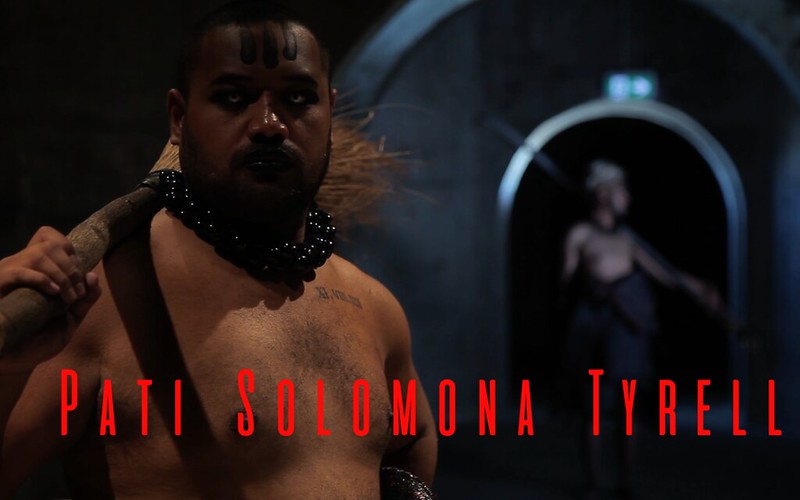 Pati Solomona Tyrell is an interdisciplinary visual artist with a strong focus on performance. Utilizing lens-based media he creates visual outcomes that are centered around ideas of urban Pacific queer identity. He has shown work at Fresh Gallery Otara, PAH Homestead, Museum of Contemporary Arts Australia and most recently at the Pingyao International Photography Festival. Tyrell is a co-founder of the arts collective FAFSWAG. He is a recent graduate of the Bachelor of Creative Arts programme at the Manukau Institute of Technology, Otara. Pati is originally from Kirikiriroa, Waikato but is now based in Maungarei, Tāmaki Makaurau